Welsh born Australian Siobhan is a Celtic / Classical singer and harpist with a unique vocal style – blending her ethereal soprano voice with heart wrenching Celtic lilts. Performing at festivals and concerts around Australia from an early age, Siobhan is rapidly gaining recognition on the international stage. She has spent the last few years sharing her time between Australia and Wales while touring the UK, Europe, Japan and Siberia performing in solo concerts, festivals and shows.

Siobhan has released 5 studio albums to date. Her latest album, “Entwined”, includes 8 original and 7 traditional songs – including songs in the Welsh, Irish, Scottish and Breton languages. The album won Best Production in the 2017 Australian Celtic Music Awards, and was runner-up in Celtic Album of the Year and Celtic Song of the Year.

As a child, Siobhan was always singing. At around 4 years old her sweet tone and ability to hold a tune quite well were noticed. By the age of 7 her voice already had beauty and maturity beyond her years. Taking advice from her school teachers, Siobhan was enrolled in the Adelaide Girls Choir, where she was soon given solos in concerts. At the age of 9, again after taking advice, Siobhan started private classical voice lessons. She performed in many music theatre productions – the first being “Brigadoon” where, at the age of 10 she was singing in the ladies chorus. She also performed in 2 youth operas at the State Opera of South Australia, playing a Gingerbread Girl in “Hansel & Gretel” and Mozart’s sister Marianne In “Wolfie”.

At the age of 12, Siobhan joined the St Francis Xavier Cathedral (adult) choir on a choral scholarship. Around the same time she was awarded a music scholarship at St Aloysius School in Adelaide. These scholarships helped pay for Siobhan’s voice lessons. As well as studying voice through her school years (gaining AMEB Grade 6 before starting her university studies), she also studied piano up to Grade 4. She won many vocal Eisteddfodau (competitions) over the years, and started giving classical voice recitals with Recitals Australia when she was 13.

Siobhan’s voice lessons continued until she started University where she carried on her musical studies, eventually gaining a Bachelor of Music degree majoring in Classical Voice (Performance and Pedagogy).

With her Welsh and Irish background, it is no surprise that Siobhan has a deep interest in Celtic music. She did Irish dancing from the age of 5 to 10. and was asked to sing “Danny Boy” and “Home and the Heartland” at Irish dance displays and concerts. She sang her first Celtic song on a big stage when she was 12, singing “My Lagan Love” to an audience of around 2,500 at the Catholic Schools Music Festival. (youtube link).

Siobhan’s first first performance at a Celtic festival was at the age of 14 at Port Adelaide’s “Celtica”. She then sang with a piano accompaniment. A few months later she was asked to perform with French singer/harpist Cecile Corbel at her Adelaide Fringe concert, after they met on MySpace. Cecile accompanied Siobhan for 2 songs. Siobhan was so inspired by Cecile’s harp playing that she decided to learn harp herself. A year later she was performing in folk and Celtic festivals with accompanying her own voice with harp.

Throughout her university years where Siobhan studied classical voice, she was also performing interstate and overseas with her Celtic music.

December 2016
Siobhan played the part of “Fairy of the Dragon” in Alan Simon’s new Celtic-rock opera “Excalibur”, which toured major German arenas from December 1st to 14th.
August 2016
Siobhan represented Australia and Wales in the Festival Interceltique de Lorient (the biggest Celtic Festival in the World), with performances every day of the 15 day festival. It was her appearance at this festival that earned Siobhan to be named as one of the “6 New Ambassadors of Celtic Music” by Le Figaro national French newspaper.
September 2015
Siobhan recorded 2 songs for BBC TV’s “Songs of Praise” at St German’s Church, Cardiff. The songs were broadcast on the following dates:
https://www.youtube.com/watch?v=RDa0H_xc3LI – “Prayer”, broadcast 31st January 2016;
https://www.youtube.com/watch?v=2wvV9bHstVs – “Ar Hyd y Nos”, aired 23rd November 2016 (special Aberfan episode).
February 2015
Performing as guest singer in the Russian Premiere of “Tristan & Yseult” at Novisibirsk Theatre of Comedy and Music, Siberia. (https://www.youtube.com/watch?v=tDYeiSSLc4Y). She returned to Siberia to perform at the 40th show in October 2016.
March 2014
Performing as the voice of Yseult in Alan Simon’s Celtic Rock Opera “Tristan & Yseult”, after Alan ‘found’ Siobhan on youtube while searching for a particular style of voice – a cross between Celtic and classical! The show Premiere was at Zenith Nantes, France. (http://…….)
March 2013
Siobhan again represented Wales, headlining the Los Angeles St David’s Day Festival on Hollywood Boulevard. She was also invited to a VIP Hollywood Reception in honour of the laying of a Star for Richard Burton on the Walk of Fame. At the reception, Siobhan was introduced to Welsh movie stars Ioan Gruffyd, Michael Sheen and Matthew Rhys.
June 2012
Singing the Welsh National Anthem at the Australia vs New Zealand Rugby Test Match to a packed Sydney Stadium has been one of Siobhan’s proudest achievements. The match was televised live to millions worldwide! (https://www.youtube.com/watch?v=V9GFjr8SOpw)
March 2012
Siobhan was the soprano soloist in Ennio Morricone’s debut Australian concert in Elder Park for the Adelaide Festival of Arts. 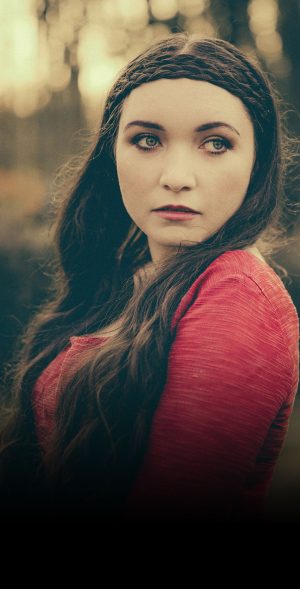